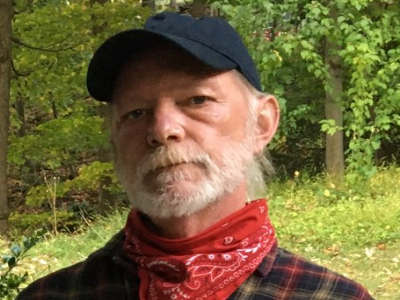 Dennis Doherty grew up on the Long Island Sound in New York, the seventh of eight children. He loved salt water, sports, and girls. His parents were writers; seeing their aches and fevers, he swore to avoid that particular disease.

In high school, it was common for him to make friends by sharing a joint. He loved Dostoeyevski, getting high, and girls. He quickly became a juvenile delinquent, reading On the Road and hanging out with a group of older friends who reminded him of The Beats. However, at eighteen he dropped out of high school, and his father said to him: “You are a man. Where are you going?” He then promptly entered the newly all-volunteer U.S. Navy and became a radioman.

His first tour of duty was the submarine base at New London, Connecticut, where, as a radioman, he learned that, in war games, the submarines always kill the surface ships (“Hi skimmer, bye skimmer”). He extended his enlistment for a billet on a forward deployed antisubmarine frigate in Yokosuka, Japan while The Iran Hostage Crisis was on.

As part of the USS Midway carrier group, and with his knowledge of submarines, he presumed his ship’s real purpose was to get between the Midway and the torpedo. The group broke records for continuous days at sea in Gonzo Station, a combat theater of operations. There is much to be learned from one hundred days at sea on a small ship in a combat theater with intense stress, little sleep, and personal animosities with violent men.

Soon after, he caught his parents’ impulse and moved (now jobless and broke, so it goes) to beautiful Upstate New York for formal schooling, where he still lives.