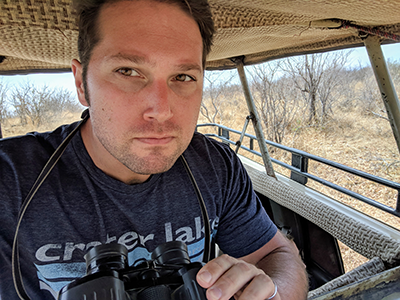 Storytelling has been part of Damir’s life from an early age. Drawing, reading, and writing were gateways to other realms, richer with visions and ideas. A decade or so ago, he rediscovered his love of books, and somewhere along the way started thinking about creating his own tall tales. Two novels and numerous short pieces later, he’s writing prolifically, publishing intermittently, and obsessed with perfecting his craft.

Born and educated in Sarajevo, Bosnia-Herzegovina, Damir started his career in audit and finance. Life’s erratic currents carried him across the Atlantic, to the Washington, D.C. metro area, where he was able to put his professional skills to use in the international development sphere. He’s an inveterate and unrepentant tabletop gamer, pulp horror cinema aficionado (the worse the better), and budding craft beer enthusiast. A writer by necessity and traveler by heart, he does his best writing thirty-plus thousand feet in the air and in the terminals of far-flung airports.

Damir now permanently lives in Virginia with his wife and his feline co-writer. Work and personal pursuits have taken him far and wide across Africa, Europe, and Asia, where he has had the privilege of being exposed to traditions and life experiences very different from his own. His travels sparked an interest in the origins of culture and the ways in which profound upheavals, whether natural, political, or technological, continue to shape societies. The material for Collapse Years coalesced from his love of the present and his anxiety about the future.

Damir is the author of the sci-fi thriller Kill Zone, the occult mystery Always Beside You, and short stories featured in various horror and speculative fiction magazines and anthologies, including the Lovecraft eZine, Year’s Best Transhuman SF 2017, and Scare Street’s Night Terrors series. Common to all his stories is a desire to explore the poignancy that is the human condition in all its myriad manifestations. When not writing fiction, he reviews horror movies, discusses books, and shares his unsolicited opinions on just about everything on his blog, Darker Realities.